There has been great interest for online concerts. The first online concert happened on April 5th for the Mother Divine Ladies in Livingston Manor and had amazing results. The ladies felt it sparked a wave of joyfulness that we want to quickly share across the nation and world. Such a beautiful way to enjoy the benefits of this harmonizing, uplifting music and the much needed yagya effect for the whole world.

You are warmly invited to float in the waves of bliss through the experience of Maharishi Gandharva Veda Music and contribute to the reduction of fear and anxiety in World Consciousness.

I deeply feel the application of this aspect of Maharishi’s Vedic Science will be greatly useful for reducing anxiety and fear in the world at this time.

DETAILS: Your support of this musical journey is greatly appreciated. Purchase your link through one of these options, and send an email with your choice of a concert date. The ZOOM link will be provided once payment has been received.

TICKET PRICE: Your contribution towards this musical event/yagya is $15 (or euro) per link for each concert.

Not only does Reshma Srivastava play a musical instrument that’s bigger than she is—the many-stringed sitar, an ancient Indian lute that’s in the same family as the guitar—but she’s one of the world’s best at doing it. Since beginning to play as a small child, Srivastava has been honored by the Indian government as a Sangeet Shironami Samman, a leading contributor to the musical arts, and she’s also been dubbed a Surmani and a Prayag Gautrav, titles that her promotional team said translate to “the pride of the confluence of the three holy rivers.”

As complex as all of that sounds, Srivastava said the goal behind her music, which spotlights ancient Indian ragas, is simple: to communicate emotion.

Srivastava plays sitting on the floor, and her concerts are always intimate experiences. This time in Boise, she’ll perform at The Cathedral of the Rockies on Friday, March 29, at 7 p.m. Because Srivastava curates which ragas she’ll play depending on the time of day, she said the evening concert will feature a specific lineup of strong, energetic pieces.

“It’s very close to the rhythm of nature,” she said, adding that, for example, morning ragas “have more of the flat note combinations, because the flat notes are more gentle than the natural notes.”

When she isn’t traveling the world sharing her music, Srivastava teaches courses on “the ancient art and science of music to create balance in nature” at the Maharishi European Research University in Holland. At the end of her current tour, she’ll wing her way back there in June for a course. She also teaches students across the globe one-on-one via Skype, which enables her to keep up with them while she travels.

“It’s working out really well,” she said, “…I can be anywhere, and I can still teach anywhere in the world. I just have to have a computer.”

Classically trained Sitarist Reshma Srivastava dazzles audiences with her soulful compositions and energized interpretations of the ancient ragas.  Replicating the intimate sounds and frequencies of nature, she offers concertgoers a unique, transcendent experience.

“It is hard to describe in words how beautiful this was. After listening to Reshma play traditional Indian evening ragas with the evening breeze blowing and birds talking in background, I felt restored clarity. I felt centered. Things that have been weighing on my mind were put back in perspective as very small in the grand scheme of things. Things seemed as they should be, and I felt more in tune with the universe.” – Miche McClendon

“Reshma  Srivastava is Saraswati incarnate! One of the most remarkable sitar players next to Ravi Shankar. Listening to her play is transformational–a sound like no other.”–DeeDee

Having experienced (during every note in the first and then second section of Reshmas’s performance) sheer golden light filled with changing mathematical abstractions dancing with every fraction of every note, I need no convincing of the validity of this particular musician’s absolute conformation to the laws of nature which govern music. There was never a fraction of a second during which anything else was experienced.  Such a performance is truly heaven sent. The listener is swept up into the fundamental music of which the universe is constructed…all brought about by the conscious play of a Great Musician.  Nothing compares to this in all the fields of Art.  It is the most subtle, and Reshma Srivastava is the most exalted of musicians.–Fairfield Concertgoer

“The experience of listening to Reshma play sitar is really like a breeze that blows into your soul. It turned me into a leaf and I just danced across the sky in the current her music created and floated. Amazing!” 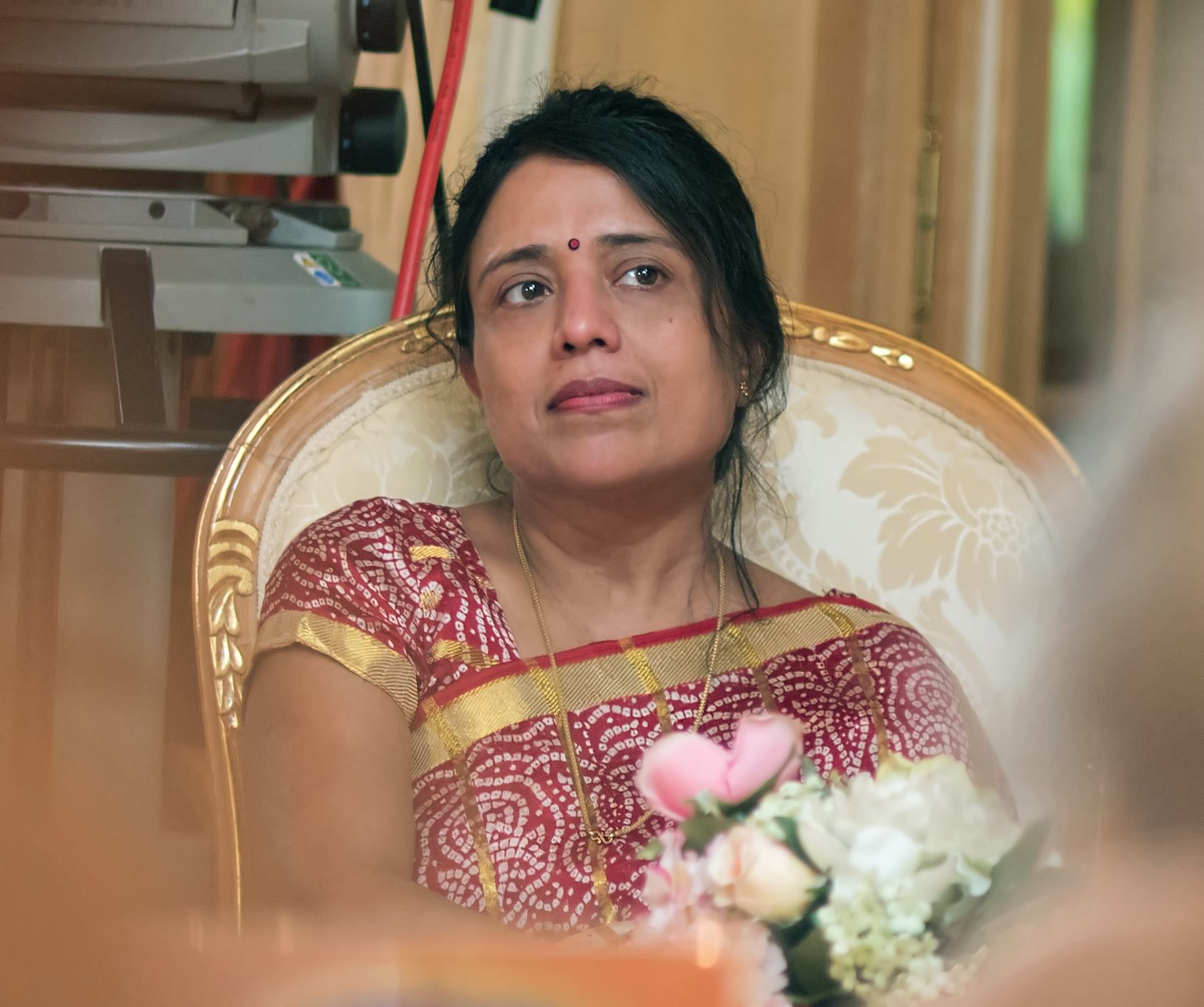 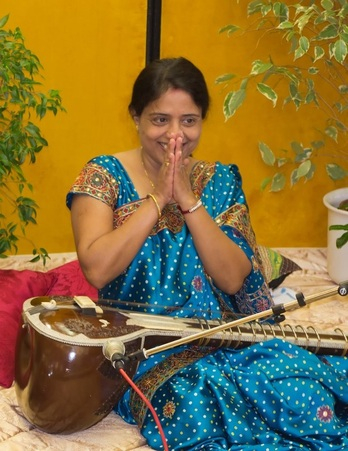 Reshma Srivastava comes from a family of musicians in Allahabad, India. She began her life long musical career on the sitar at a very tender age. Prof. Satish Chandra, an artist from the Maihar Gharana, was her teacher. She received her Masters in Music from the University of Allahabad.

Reshma soon became an A grade artist, appearing frequently on All India Radio and Television. Among her many prestigious awards, she was honoured in the Vedic tradition with the titles Sur Mani (Master of Notes) and Prayag Gaurav (Pride of Prayag‚ Allahabad).

Reshma has recorded eight CD’s for your listening pleasure.

Reshma offers private lessons designed to help students master the fine art of sitar performance. She teaches students all over the world via Skype and is accepting new students at all levels of experience from beginners to advanced. Lessons are scheduled to meet each student’s time zone.

Special thanks to gifted photographers Hannu Siika-aho and Juha Siika-aho for their beautiful photographs.